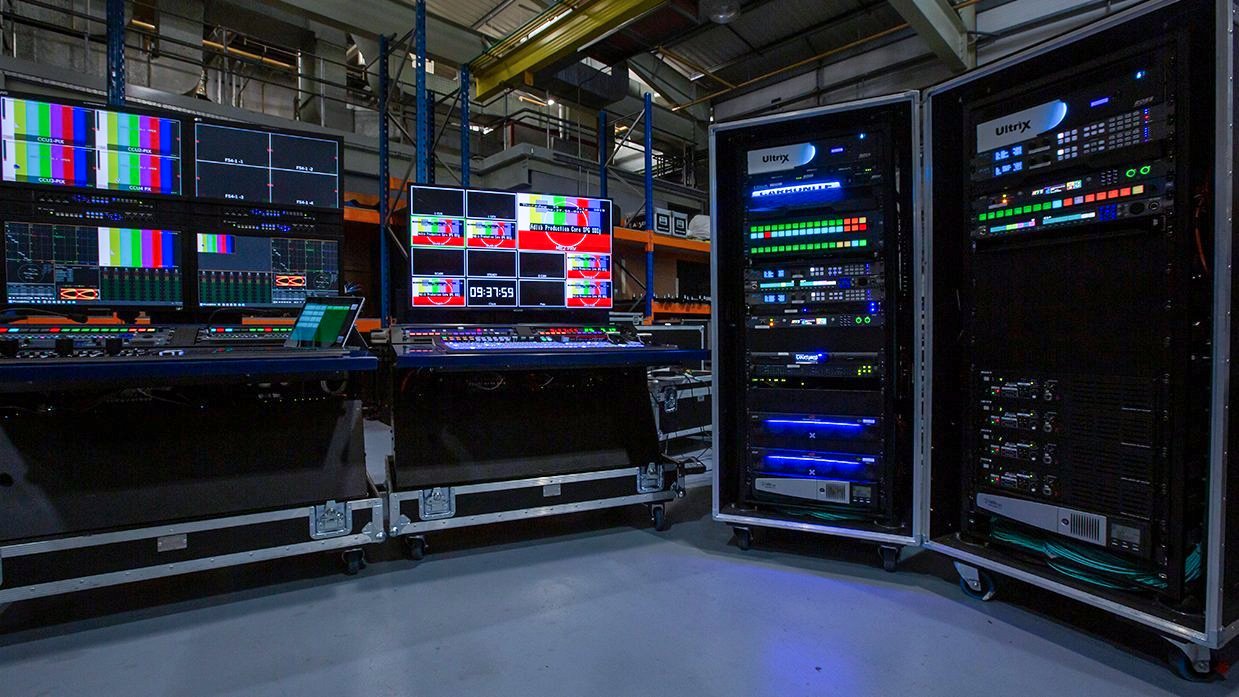 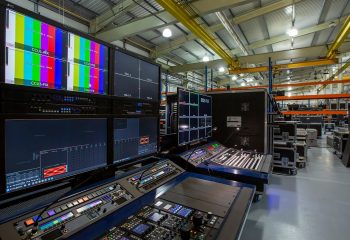 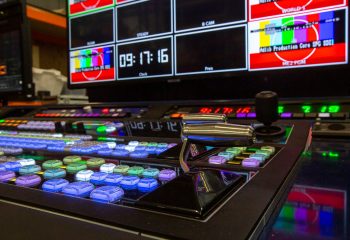 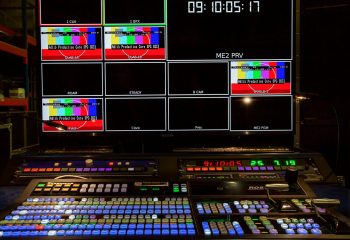 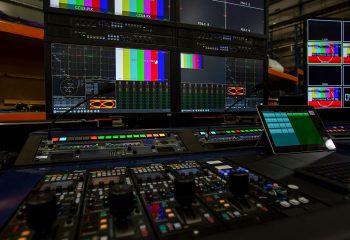 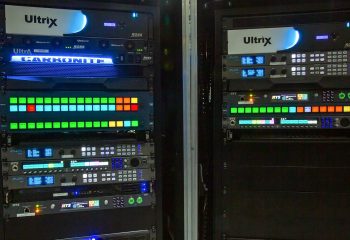 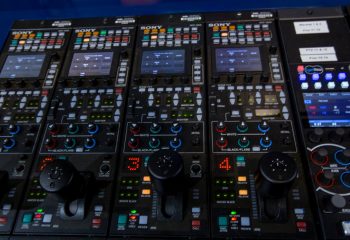 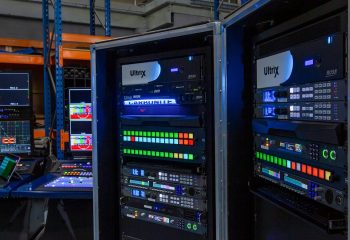 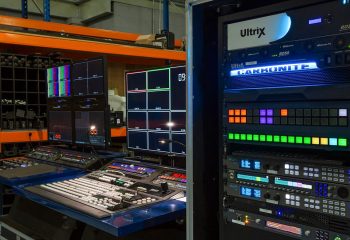 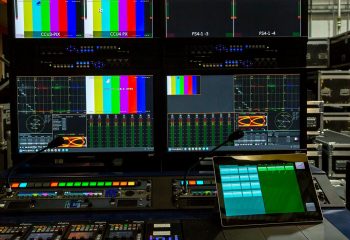 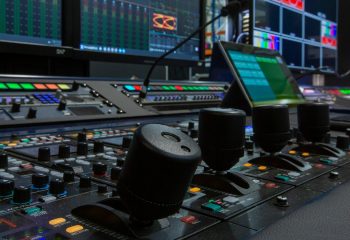 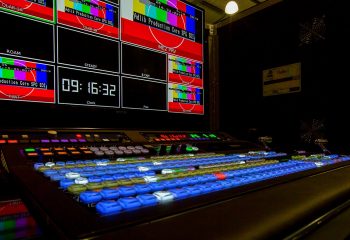 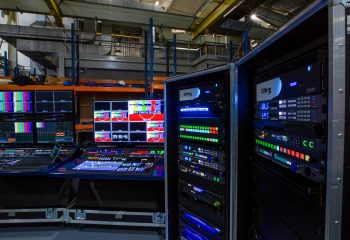 From the outset, Adlib had a clear set of requirements for the desired solution. They were looking to augment their video department with a 12G UHD PPU solution with the capacity to operate up to eight camera channels for use in live event productions, primarily concerts and theatrical productions as well as large sporting events. Another key element of the solution was the ability to easily switch the system between 3G-SDI and 12G operation as production requirements demanded.

Ultimately, the end goal for Adlib was to own a system that allowed them to provide a fully comprehensive UHD video system without having to cross-hire additional equipment. The introduction of market-leading technology would future-proof their service offering as more clients made the move to UHD.

Adlib had previously invested in four Sony HDC-4300 system cameras, allowing them to create content in UHD. They wanted to build the newly deployed PPU solution around these cameras by adding capacity to hire-in up to four extra channels and up to eight additional PTZ and mini cameras.

The HDC-4300 cameras owned by Adlib operate in both HD-SDI and Quad-3G UHD, but the desire was to use the powerful Ross Carbonite Ultra vision mixer to output 12G UHD. Automatically converting up to eight Quad-3G camera signals to 12G in an efficient way was made possible using a Ross Ultrix FR2 hybrid router and TSL’s Tallyman control system.

The Ross Ultrix is capable of converting Quad-3G UHD to single-link 12G UHD on the input to the router, and presenting the signals as single-link 12G on the output of the router. ES Broadcast designed a system to present both the UHD and HD outputs of each CCU in the engineering core to a camera router which would either convert the Quad-3G UHD CCU output to single-link 12G UHD and present it as a set of UHD and HD camera outputs or alternatively, route the HD signal to all camera outputs using the Tallyman touchscreen routing control. By utilising the system, up to eight CCUs and other camera systems can be presented as cameras 1 to 16 from the camera router to the main production router.

An operator using a tablet computer could select ‘12G Mode’ in Tallyman and the control system would switch the Ultrix into gearboxing mode, converting a Quad-3G CCU into 12G and routing the 12G signal and an accompanying 3G signal the to the output as a specific camera feed. This set of camera outputs are then patched to the production core router and made available to the Ross Carbonite Ultra for mixing.

Changing the operating mode of the camera router would normally require a specialist knowledge of the Ultrix and the ability to navigate through its control menu to find the correct settings. ES Broadcast’s configuration team distilled this complex process into two buttons on a touchscreen, meaning any operator could set up the system in seconds.

When dealing with hybrid routing systems such as the Ross Ultrix, audio operations can become incredibly complex. Every audio channel on each port is de-embedded and embedded by default and the initial installation of this can run into thousands of configuration points. ES Broadcast’s expertise in routing and control systems allowed us to present this in a user-friendly way in Adlib’s UHD PPU by using the philosophy of audio packs. This approach addressed Adlib’s requirement that the system should be able to easily interface with a range of audio desks, which are chosen according the requirements of each production.

Audio packs are pre-defined groups of mono audio signals bundled together and embedded on the router outputs. These were defined in collaboration with the client during the design phase of the project and presented as an audio routing page in the control system. The external sound desk routes audio into the packs and the operator uses Tallyman to assign a pack to a router destination. The control system deals with the multiple routing commands required to embed the audio onto the output system.

ES Broadcast’s use of Tallyman as a control system for the PPU allowed highly complex hybrid routing operations to be simplified and made accessible to all operators regardless of their technical knowledge or experience levels, so they could quickly learn the system and be deployed on a wide range of productions.

Following the completion and deployment of the UHD PPU, Adlib can not only service cutting-edge UHD live productions but has the capability to provide their customers with a package to broadcast from one centralised PPU. A key part of the project, managed successfully by the ES Broadcast project team, was to minimise the size of the PPU without losing the functionality and capability of a much larger system.

With the PPU now in place, Adlib has since utilised the solution on live productions as diverse as the Hall & Oates European Tour and the 2019 Women’s Netball World Cup, held in Liverpool.