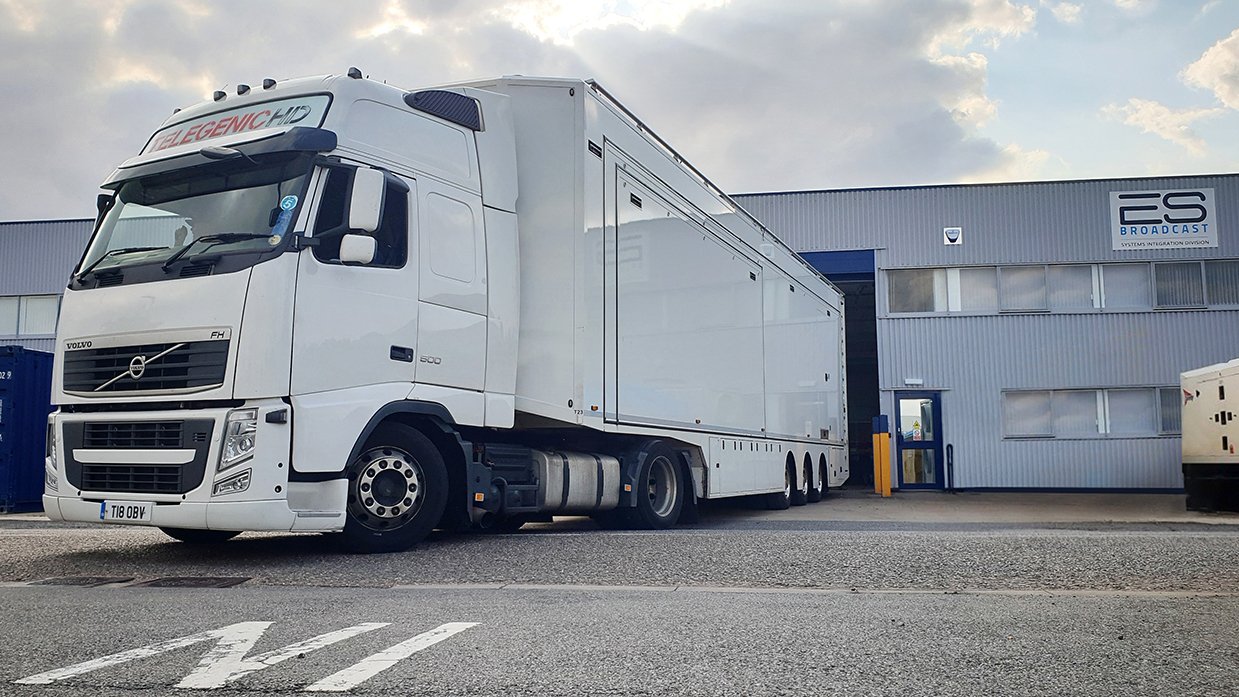 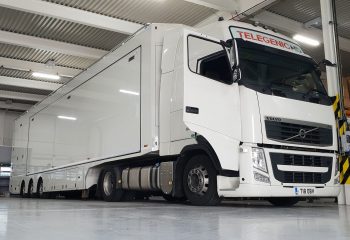 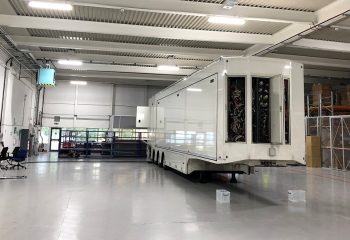 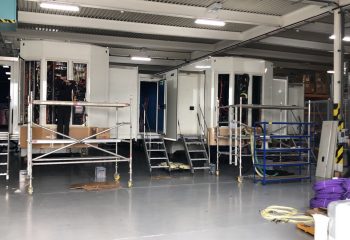 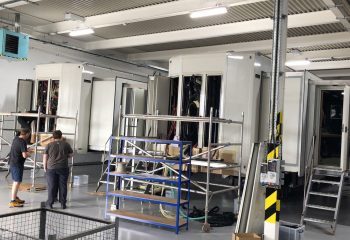 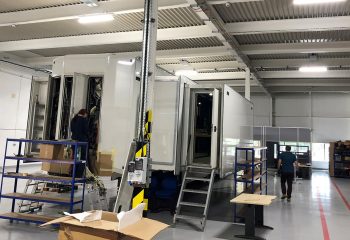 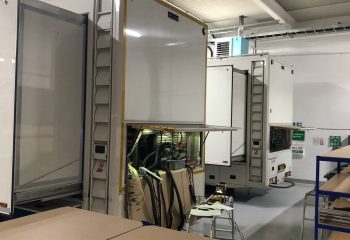 Leading UK OB company Telegenic turned to ES Broadcast to convert one of its existing 3D stereoscopic vehicles to be UHD-capable, to meet growing demand from clients.

With the trucks in near-constant use on the numerous major sports contracts Telegenic services, one of the biggest challenges was to keep the time needed for the upgrades to an absolute minimum. Conversion of the 3D vehicle – T23 – was finished within six weeks, while the completion work on T21 took barely a fortnight. ES Broadcast’s ability to manage several significant projects running concurrently in its large systems facility was a key factor in meeting these stringent deadlines.

The major element of the project revolved around replacing the router, vision mixer and multiviewers in T23. The previous Evertz 576×576 EQX chassis made way for a new Grass Valley NV8576 576×1152 hybrid router chassis, while Grass Valley KMX M3 multiviewers were installed in place of VIPX multiviewers. New SAM and Lawo processing units were also added, along with 1080p monitoring.

The upgrades also saw innovative audio and intercom enhancements made to the trucks. Audio over IP functionality was added to enable expansion of the audio mixer and intercom frames via Dante.

Telegenic were eager to match the functionality of the trucks – in terms of the working logic underpinning elements such as routing and control systems – to their existing fleet. This would improve operator familiarity, allowing engineers to switch easily from truck to truck. For truck T21, this involved ironing out some additional logic complications in the systems design which had previously been aborted.

Completed in the first year of operation for ES Broadcast’s systems division, the uprgade of these two trucks was a great opportunity for the company to make a mark on the UK OB market.