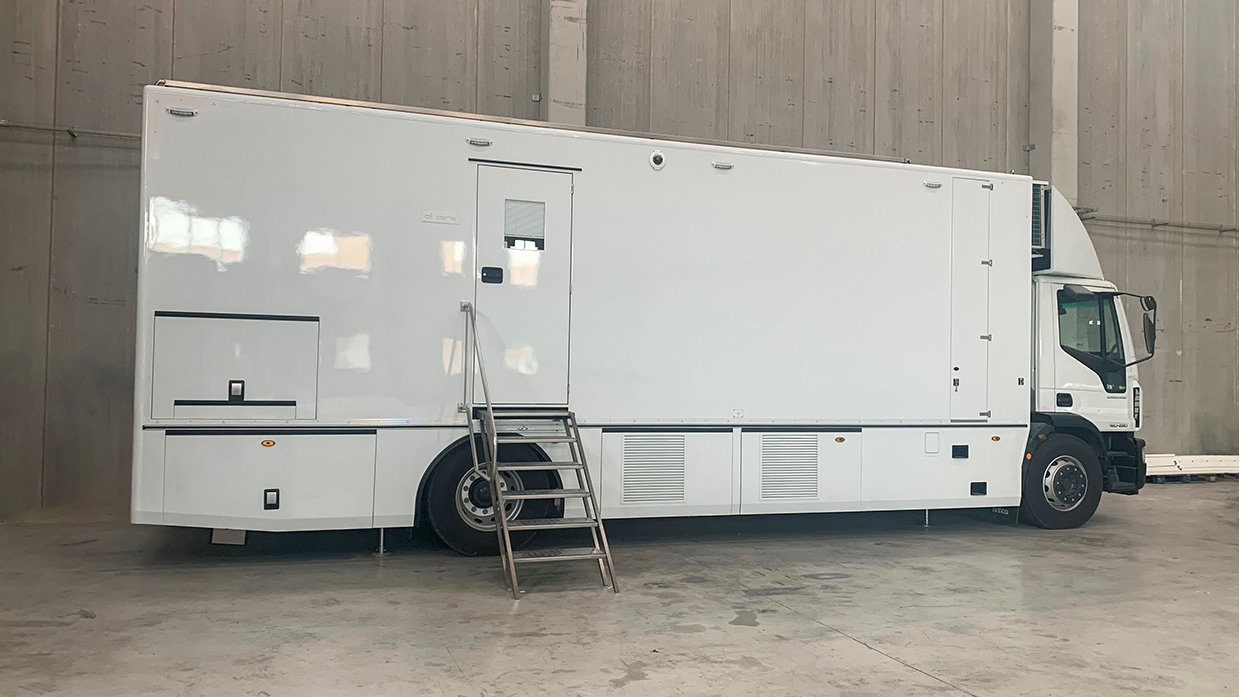 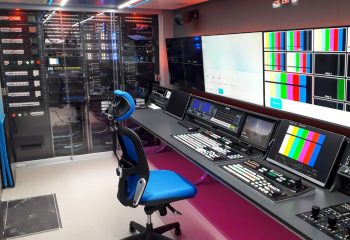 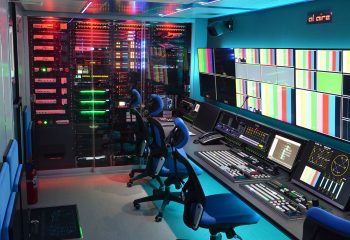 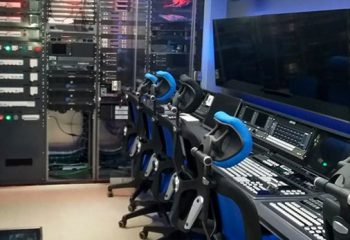 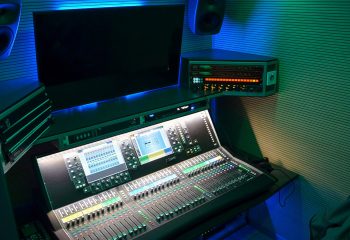 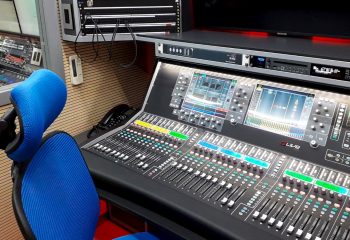 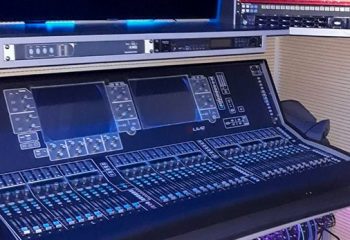 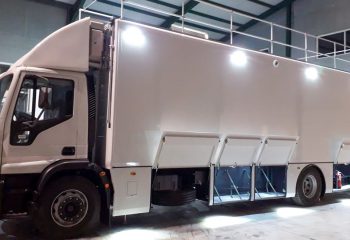 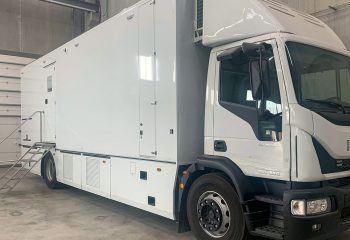 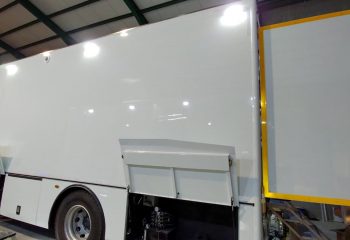 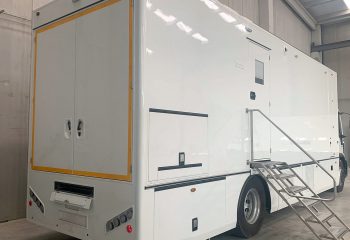 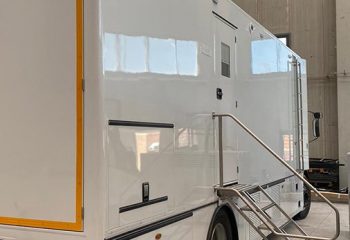 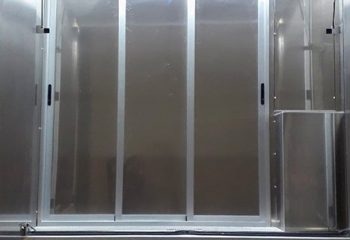 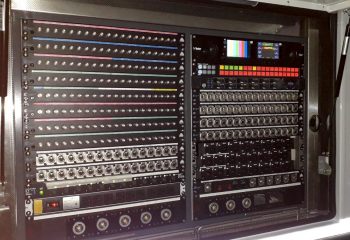 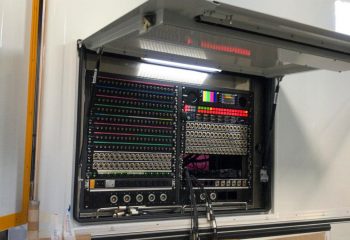 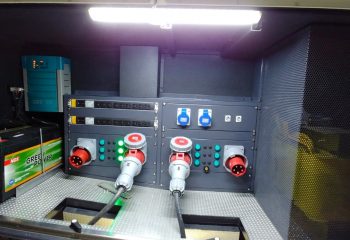 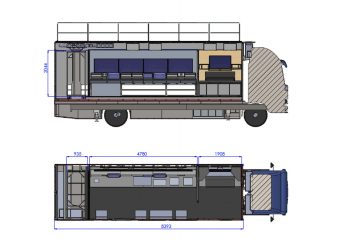 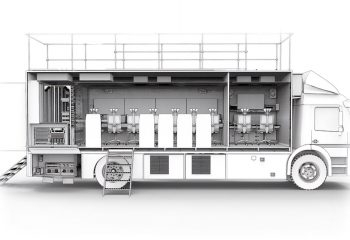 Built in 2020 but never used, this eight-camera HD OB truck is offered for sale in perfect condition and with a full complement of high-grade equipment, as well as a tender vehicle for transporting cameras, lenses, grip and cables.

The truck is well-suited to small to medium-sized, multi-camera events and sports productions such as live performances,  lower league football and other team sports, and film premieres. The vehicle’s small footprint lends itself to locations where space is at a premium, while its highly specced roster of equipment means zero compromise on production quality.

Video capabilities are built on Ross technology. The vision mixer is a Ross Carbonite Black CBF-236PLUS 36-input, 2 M/E frame with dual multiviewer for up to 16 internal/extrenal source displays each. Two control panels – one with 24 crosspoint buttons and 2 M/E control rows, the other with 16 crosspoint buttons and 1 M/E control row – are housed in the production gallery. The second panel can be used either as an extension for the larger panel, or independently for sub-mixes or second feeds. Video routing is controlled by a Ross Ultrix FR1 16×16 plus 2 AUX router, which includes Ultriscape mulitviewer software.

The seven-seat production gallery itself is modern, stylish and spacious considering the truck’s compact footprint. Additional fold-down seating for up to five crew is included on the back wall. Sliding glass panels give access to engineering racks at the rear of the truck.

A separate audio room is accessed through the gallery to the front of the vehicle. This houses an Allen & Heath dLive S7000 48 in/24 out audio mixer. Genelec monitoring is installed throughout the truck. Two stage boxes are also included, along with a large selection of professional microphones.

Ross glue is installed in this eight-camera HD OB truck, along with a Ross master reference and test signal generator and automatic changeover unit. Test and measurement is provided by a Leader LV 5770A waveform monitor with CineZone function, while a Wohler AMP1 8-channel audio monitor is also provided.

The accompanying tender vehicle includes built-in shelving to house equipment, while the OB truck itself has storage lockers at the rear and beneath the truck, giving ample storage for all cameras, grip, stage boxes and other accessories.

Please note, to preserve client confidentiality, photos may have been edited to remove branding logos or to disguise distinctive paintwork.