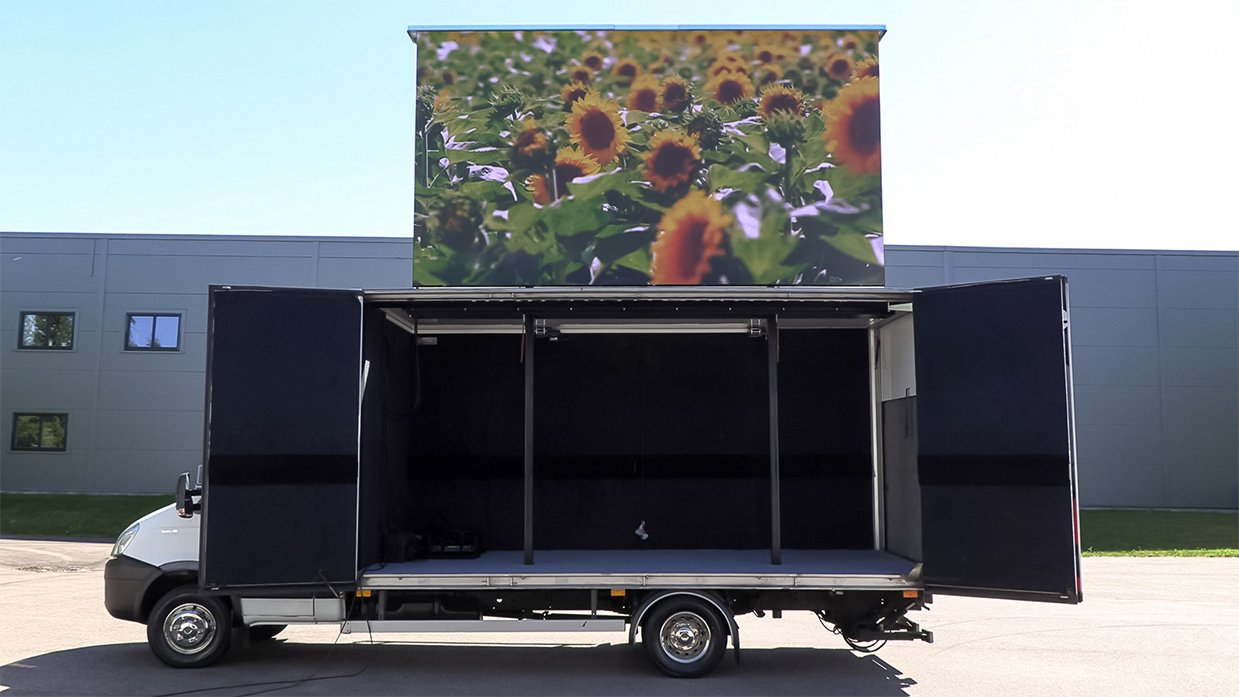 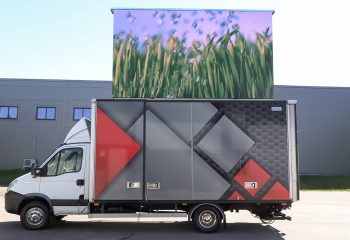 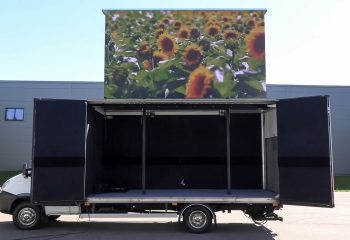 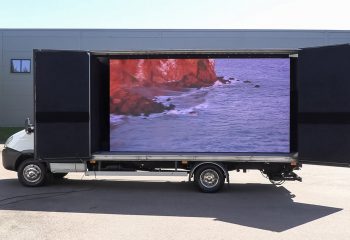 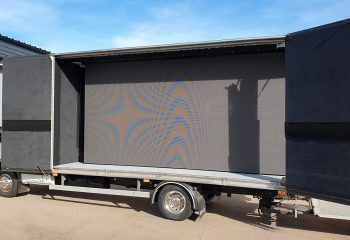 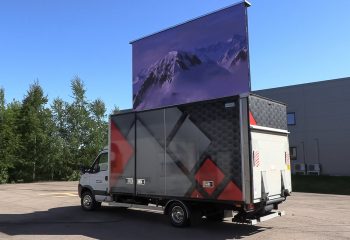 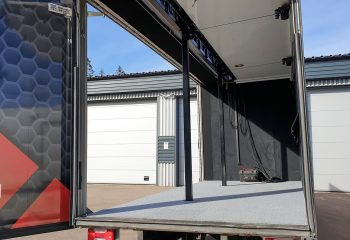 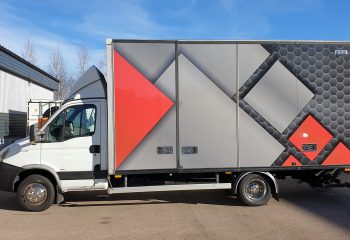 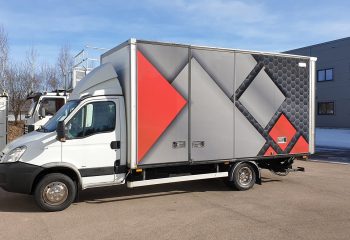 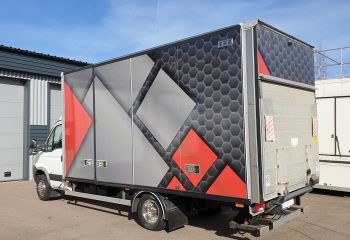 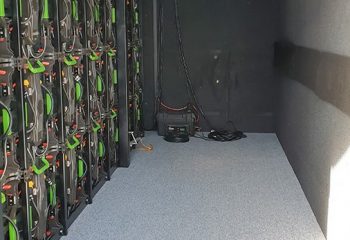 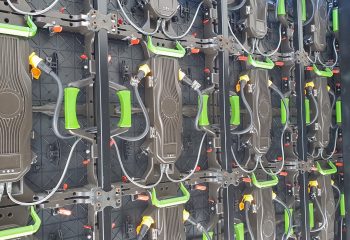 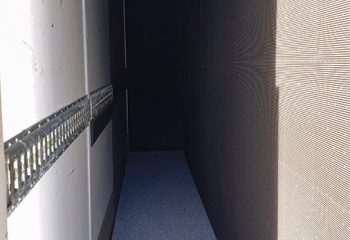 With a 4.5m x 2.5m HD LED screen that can be roof-mounted or displayed by opening the vehicle’s side doors, as well as a stage area and the ability to receive up to four HD signals, this four-camera HD LED screen truck is ideal for podium awards for races such as cycling, triathlon, cross country and marathons and other road races, as well as festivals, outdoor concerts and other live events.

Built on an Iveco Daily chassis, the HD LED screen truck was refurbished in 2020, when a new LED screen was installed.

Content is fed to the LED screen via a small Roland V1 SDI vision mixer which can accept signals from three 3G-SDI camera channels and a fourth HDMI input. This could either be used for an HDMI-compatible camera or could be attached to an external source such as a laptop or media player. This channel allows scaling. Should you require a further HDMI input, the mixer can be used in a 2x 3G-SDI and 2x HDMI configuration, as one of the channels has the ability to accept an SDI or HDMI input.

The mixer has two 3G-SDI outputs, one of which is used to send the output signal to the LED screen, and an HDMI output (for instance, to send to a recording device). Two seven-inch control monitors are also included.

Camera channels can be provided at an additional cost if required.

The screen runs on a special redundancy power supply. It is divided into two sections, each with a 230V power supply (the whole screen uses a total of 16A). Each section has all power supplies to the LED panels connected in parallel. This means you could lose several power supplies without any visible failure of the screen itself. All power supplies are hot-swappable in a matter of seconds, in the event of a power supply failing.

Individual LED panels can be easily removed and replaced in the screen, should they need repairing or replacing.

The screen can either be used from within the truck by opening the two barndoor-style side doors of the vehicle, or it can be mounted on the roof using the built-in 12V electrical hoist.

Flexible use for live events

With the screen mounted on the roof and the barn doors open, the interior of the trailer can be utilised as a stage for presentations, demonstrations, performances or as a podium – all of which can be relayed directly to the screen.

The four-camera HD LED screen truck also has a rear tail-lift fitted to enable easy loading of heavy items. With the screen stowed, there is ample storage room inside the trailer for camera channels and any additional equipment that may be needed.

NB The vehicle is branded with a full vinyl wrap, as shown in the pictures, which would require replacement or repainting. RCP’s shown on the photos are only included when purchased with an additional cameras.

Please note, photographs and videos show the truck in its current condition and may not reflect the actual equipment offered for sale. Interested parties should refer to the equipment list for details of what is included in the vehicle sale. We strongly recommend vehicles are viewed in person and a full inventory of equipment obtained prior to any offer being made.

The screen is divided into two sections with a 230-volt power supply (the screen runs on a total power supply of 16A). Each section has all power connections in “parallel” which means that you could lose several power supplies without any noticeable failure of the display itself. All power supplies are hot-swappable, meaning a failed power supply can be replaced in a matter of seconds.