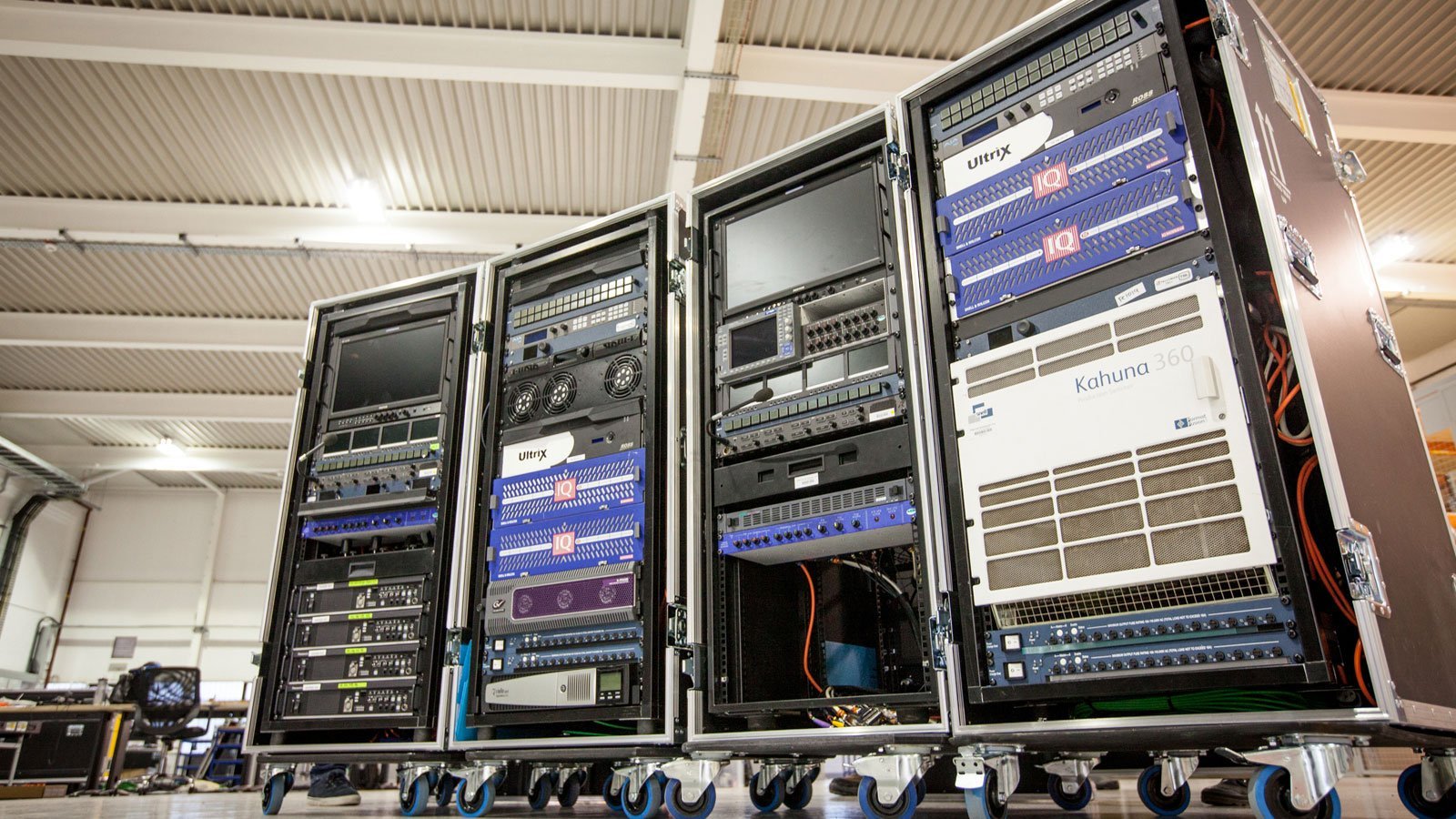 Built on some of the latest routing and switcher technology, the new UHD PPUs will allow CT to expand and upgrade the specialist AV services it offers to clients in the sports, entertainment, exhibition and corporate sectors.

The PPUs were designed to combine the cutting-edge technology which underpins the units’ UHD capabilities with simplified operability and a familiar system architecture. This would allow engineers to easily transition between existing and new systems, said Chris Williams, Projects Director for ES Broadcast.

“Our solution mirrored the logic of the Grass Valley Kayak 1080i systems CT already had in operation, but incorporated technology capable of 1080p and UHD live production,” he explained.

“By combining a Ross Ultrix FR2 router and TSL Tallyman control system for each PPU, we were also able to deliver a highly integrated, flexible solution that is really intuitive for operators to use,” said Williams.

“The Ultrix is a powerful router core that offers high functionality within a small form-factor. And Tallyman has become a popular go-to solution for delivering completely customisable control solutions. It allow users to streamline complex processes down to a user-friendly touch screen system.”

Flyaways already put to good use

The PPUs had already proved their worth on a number of high-profile jobs, said Sid Lobb, Head of Vision and Integrated Networks for Creative Technology. “Our clients really like them. They have already been used for product launches, international exhibitions and UK music tours,” he said.

Two of the UHD PPUs are split-rack systems based on Grass Valley Korona vision mixers. The third UHD unit is a dual-rack system based on a Ross Carbonite vision mixer. The HD 3G PPU uses a S-A-M Kahuna 360 vision mixer. This HD flyaway was an existing system that was rehoused and upgraded to offer 3G capabilities.